This is part three in my four part series on social media and background checking.

In the first post we looked at laying a foundation for the discussion and about how social media allows you access to a unique view on a candidate’s character. In part two I discussed the issue of cultural fit and it’s important and how social media can help assess the cultural fit of a person.

In part three I want to look at some of the possible legal issues* with using the information found online as part of the selection process.

The first potential issue is that of discrimination. 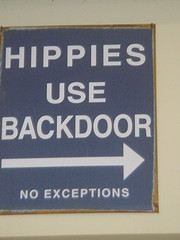 I would suggest if you want to learn more about discrimination in Australia head over to the Australian Human Right Commission website and review the information for employers. One thing to remember is there are five primary federal laws that cover this area and each state has their own discrimination Acts. While the overall content of the different laws cover essentially the same areas there are discrepancies at both a Commonwealth and state level and even between the states. Add to this sometimes Commonwealth law applies where at other times both Commonwealth and state  laws apply and finally times when only state laws apply. This is a fairly complex area and a legal minefield.

If employers are to use social media as part of the recruitment process to comply with Commonwealth law they need to ensure that the selection process is not influenced by information around race, colour, national or ethnic origin; sex, pregnancy or marital status; age; disability; religion; sexual preference; trade union activity; or some other characteristic specified under anti-discrimination or human rights legislation.

It is the last point that is the one for concern, “some other characteristic” which is fairly broad and I suspect where the specific state laws come into play. However other than NSW all states cover similar areas in their laws which is basically you cannot discriminate on grounds of (from Victorian Act):

There is nothing in any of the laws that explicitly prohibits the use of information about a person’s character as part of assessing organisational fit through what is posted on social media. In the same manner that assessing their character based on simulations of values based questions are not prohibited.

However given a lot of social media is about personal information there is a very large chance that you may discover information about a candidate that falls into the broad categories above. Which if the candidate does not get the role may have grounds to attempt to sue you on discrimination. Part four will deal more about this.

The next area is that of privacy. It is well known in Australia that the Privacy Act 1988 and Privacy (Private Sector) Act 2000 applies to recruitment activities, specifically with regard to the collection, use and storage of personal information. Now this is where things differ between recruitment agencies and employers. Over the last few years agencies have worked very hard to develop clear and consistent policies around how the comply with the Privacy Act’s specifically in the areas of a collections statement, referral consent, reference checking and access to information. Employers while required to comply with the same principles, have not necessarily been under the same specific pressure to openly state how these policies apply to recruitment activities. Most employers do provide some form of privacy policy and larger ones require you to agree to it before applying for a job.

The issue here when it comes to social media and background checking is around how have you been complying to your organisation’s Privacy Act’s during the process. Have you collected information that is broader than your collections statement? Have you extended your reference checking process beyond the stated personal information within your privacy policy?

It is the breech of this policy and the ethical implications that have been stated by some as a reason not to use social media as part of background checking. However I would say the same about verbal reference checks as well. But let us review some privacy policies.

Now in reviewing the publicly stated privacy policies of six Australian agencies (three large and three small) five out of the six stated something along the lines of they will collect both specific information and “any additional information about you” that you provide. The last agencies policy had the broadest catch all statement that they may “source personal information from an external third party, or a publicly available source”. At all times the policy went on to say the agency would take reasonable steps to inform the candidate that this information has been collected. Excluding the broadest statement all of these policies could be read to say that information a candidate has published about themselves in the public domain is information provided by the candidate. Potential grey line I know but that is where lawyers come in. The one policy which covered any publicly available source already covers social media.

Essentially if you use social media, make sure you store the sources and inform the candidates that you will use “publicly available source”.

Part four will try to tie this all together, address some of the outstanding issues and provide some potential best practices.

* Although this post discusses legal issues related to recruiting processes, I am not a lawyer nor do I provide legal advice or services as such this post should not be construed or used as such.